Games with All Lit Up – Boxing

Turns out I’m not great with schedules—even those I set for myself. So here’s my Thursday post on Saturday.

Boxing has traditions that go back as far as ancient Rome and Greece but it wasn’t until the 1700s that rules were first introduced (eeeekkk!). These rules ushered in the modern era of boxing, with protective gear like gloves, timed rounds, and weight classes. The strength, speed, and quick footwork required to excel in boxing really shines in the tournament style, single elimination bouts at the Games. We’re about to have a rapid-fire tournament of books ourselves to see which title has the best, most precise monologue that will knock out the competition. —All Lit Up

All Lit Up went four rounds because they’re ambitious and they’ve been planning this for months. I am lazy and totally forgot that I was doing this. As such, I’ve decided that of my three contenders, all will be the victor. I ❤ them all and am far too biased to choose between them. So I’ll just name each a winner in different ‘weight’ categories. Because this is my blog and I can. 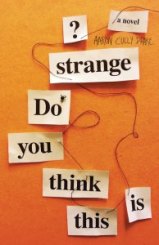 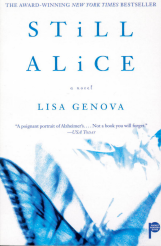 Do You Think This Is Strange? by Aaron Cully Drake
Freddy is an antihero who defies stigmas about autism. Sure, he has problems, but so does everyone else. He proves that autism is not a exhaustive label, nor is it a lens through which all of an individual’s actions can or should be defined. Winner in the Young Adult Crossover Division

Still Alice by Lisa Genova
What could be more heartbreaking or powerful than the inner voice of a strong, confident, intelligent woman in her prime slowly losing her ability to know her surroundings, recall her memories, and recognize her family? Winner in Literary Fiction Division

The Glass Castle by Jeannette Walls
Walls unapologetically recounts her childhood growing up with unfit parents—she admits that as a child her faith in them was unwavering, and unashamedly reveals the incredible actions and events that slowly forced her to lose faith in them entirely. Winner in Creative Nonfiction Division

I’ve done my part. Now I challenge you to read all three.

Books, I wrote this
Aaron Cully Drake, All Lit Up, Boxing, CanLit, Do You Think This Is Strange?, Jeannette Walls, Lisa Genova, PanLit Games, Still Alice, The Glass Castle

Don’t be afraid. I won’t smite you. Probably. Cancel reply